Pravrajika Vrajaprana, a nun from the Santa Barbara Convent, Southern California, visited the Vedanta Center of St. Petersburg from October 20th through October 24th, 2016, to help us celebrate the 150th birth anniversary of Sister Nivedita, a disciple of Swami Vivekananda.  She has been with the convent for over 40 years and has written extensively on Vedanta and participated in several interfaith conferences.

A reception was held to welcome her on Saturday, October 22, followed by a screening of the movie Sister Nivedita, recapping her life story and the impact she had on India. Pravrajika Vrajaprana gave a lecture in the chapel on Sunday, October 23, entitled Learning from Sister Nivedita. After meeting Swami Vivekananda in London, Margaret Noble felt a calling which would change her life. She went to India to take up the work Swami Vivekananda planned for her. He gave her the name Nivedita, meaning one who is dedicated to God. Pravrajika Vrajaprana went on to say how we can learn from Nivedita about asking the right questions as she wanted to learn from Swamiji all about India and his teachings; her life was always lived in truth, to the cause and to her Guru. Sister Nivedita showed us a tremendous work ethic. She worked tirelessly for the cause of her Guru awakening India. Her devotion showed through her worship of Mother Kali, always calling on her for help and strength.

During Pravrajika Vrajaprana’s time here we were able to visit some local attractions. This was her first visit to St. Petersburg and we hope she will return again. 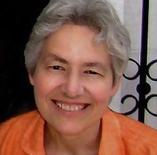